The first thing Lauren said to me after her hour-long bus ride home was that she got juice and animal crackers for a snack today. The second thing she said was, “Where’s my iPad? I’m tired.” I feel ya, kid! Sixth grade is tough!

Here’s to a great year, Lauren!

We took a walk tonight in between rain showers. Avery and Hannah took turns taking photos with my phone. (Lauren was back on the patio playing with ponies. She didn’t want to get her feet wet by walking in the grass.)

Avery was showing Hannah some of the photos that were taken.

Avery is taking a photo of Hannah.

Hannah is posing for Avery. All in all, they didn’t do too bad. They still have a lot to learn about posing, composition, exposure and focus, but it took me years to get to where I am, and I’m still learning!

I found some presets in a folder on my old hard drive so I thought I would try them out again. I think I like them! #CascadePresets

Lauren and I just got back from a walk. It was short since the bugs are crazy.

Even with her braces (SMOs on her feet), it’s still hard for her to walk long distances, so our short trail is perfect.

I particularly liked this shot!

Today is National Middle Child Day! Avery is the middle child in our family. She’s 18 months younger than Lauren and five years older than Hannah.

According to Well + Good, there are six traits that middle children share. The first is being able to keep the peace between her sisters. I don’t know about this one. Maybe it will get better when she’s older? The second trait is being creative at getting attention. She definitely has this one down.

The third trait is being known for being a tad melodramatic. Yep. She’s got this one too. the fourth trait is being independent. She’s always done things on her own, since she was really little. I try to help, but get told no every time. The fifth trait is knowing how important alone time is. She does spend quite a bit of time alone in her room. She’s usually drawing. I’ll have to see if I can share some of her drawings some time.

The last trait is having an easy time making friends. I think this is true of her. On her first day of summer school a few weeks ago, she made a friend on the first day. That’s something I could never accomplish!

This is a mural in downtown Brainerd, MN, done by the Crossing Arts Alliance.

I took these at my niece’s birthday party yesterday. My brother-in-law is quite the gardener! I can’t even keep a store-bought flower alive.

My niece also has a Fairy Garden. She got some new pieces to add to it for her birthday.

(My nephew’s knee for scale!)

We put Lauren on the bus this morning (last week of summer school!) and drove across town to Kiwanis Park to waste time before the college bookstore opened. We only spent about two minutes here because it started raining. In the few minutes it took me to drive back to the college, it was full-on pouring when we went into the college.

We also picked up some garbage left around the park. With the amount of trash cans all over, there is NO excuse not to pick up after yourselves.

These red ones were my favorite (other than hydrangeas, of course) but I have no clue what they are!

Most of the flowers were a little scraggly looking, but it’s been awhile since we’ve have rain and it’s been pretty warm. There was about one decent flower in each kind, but they were still pretty! 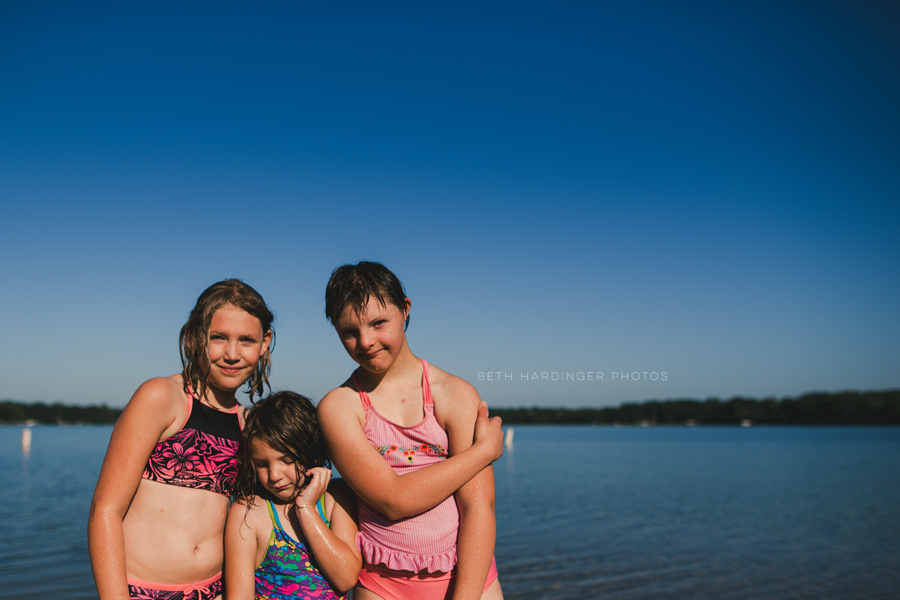 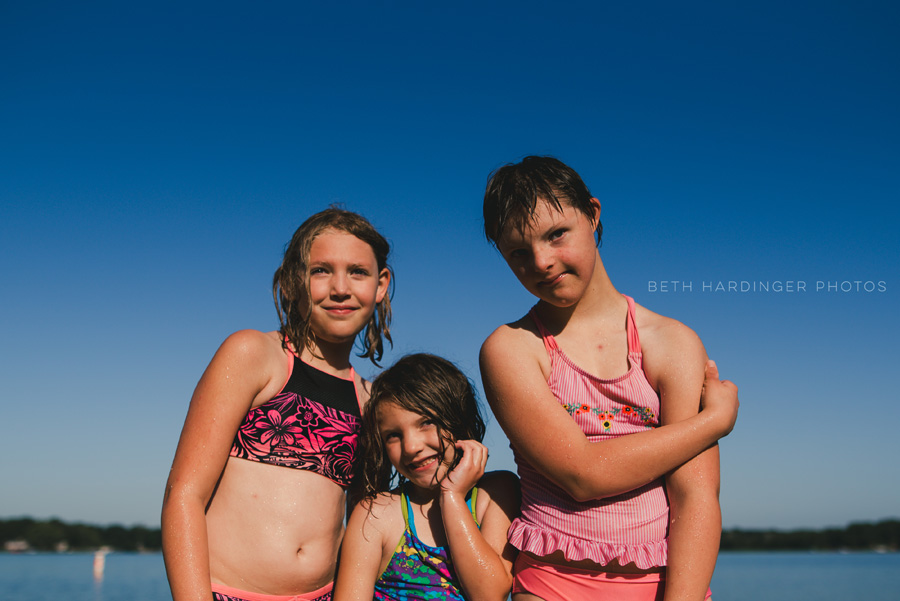